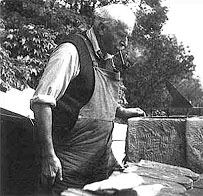 C.G. Jung described the stone tower he built with his own hands at Bollingen on Lake Zurich as a "representation in stone of my innermost thoughts and of the knowledge I had acquired... a confession of faith in stone." The tower's design is something more than an intellectual exercise in spiritual symbolism, more than weekend physical exercise designed to call the intellect back to earth. The tower is also one of the more interesting self-portraits of European culture. The evolution of its design, as related in "Memories, Dreams, Reflections", parallels the evolution of a soul. "At Bollingen," he said, "I am in the midst of my true life, I am most deeply myself."

The home built after Jung's marriage was well and good for a proper Swiss physician and family man; the sorcerer-in-training required something more. The tower is, in a sense, a part of Jung himself left behind, like the shell of a chambered nautilus. 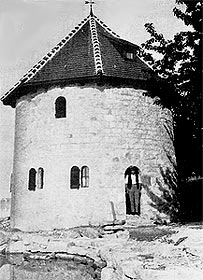 The Bollingen stone tower took shape in five stages, corresponding with five stages of consciousness described by mystics of various disciplines as follows:
-- The physical plane, that of our animal flesh;
-- The astral plane, containing the so-called "lower" emotions such as desire and possessiveness;
-- The mental plane, where the higher emotions and the individua personality begin to manifest themselves;
-- The spiritual plane, where the wisdom of nature and the "Holy Spirit" begin to inform the mystic pilgrim;
-- the celestial plane, where a manifest god, God-the-Son for the Christians, Apollo for the Greeks, the discovery of the "god within", the individuated "Self" appears.

Beyond these five stages of spiritual development awaits the unknown, the "Absolute": the God Unknown, the Tetragrammaton, the living archetypes of the Divine. 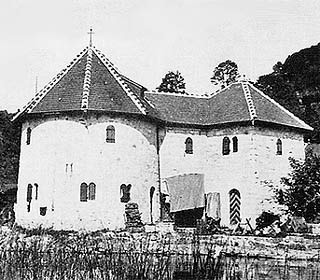 These five stages, borrowing from G.A. Gaskell's "Dictionary of All Scriptures and Myths", correspond with the gods and symbols of both ancient and modern pantheons. In ancient Egypt, for example, the god Nepthys represented the physical level of development, Set the astral level, Thoth the mental, Isis the spiritual, Osiris the celestial, with Ra as the unknowable archetype over all. It risks academic grasping to fit Jung's homely architecture into such a tight boot, but the pattern does offer intriguing parallels. 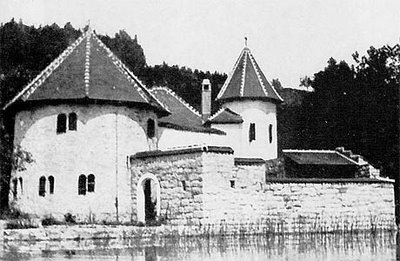 Jung tells us that the first section of the tower "represented for me the maternal heart." It is here that the family gathers 'round-- a birthplace, a primal source. Interestingly, Gaskell's study identifies the "physical" stage not just with Nepthys but with the Greek goddess Hestia (in Rome, "Vesta"): the goddess of the hearth.

Jung and Yeats should have been neighbors.

...and Robinson Jeffers, another self taught mason who built Hawk Tower near Carmel. My favorite:
"That public men publish falsehoods
Is nothing new. That America must accept
Like the historical republics corruption and empire
Has been known for years.
Be angry at the sun for setting
If these things anger you."

I have been visiting various blogs for my term papers writing research. I have found your blog to be quite useful. Keep updating your blog with valuable information... Regards

Thanks. I always enjoy reading your posts - they are always humorous and intelligent.I am a china tour lover,You can learn more: China tourism | China travel service | China travel

Hanbridge is the best place of Mandarin learning in Shenzhen. The quality of our staff, our unique teaching methodology and our custom-designed courseware make our school more effective than our competitors. 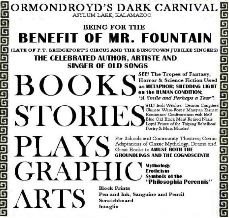 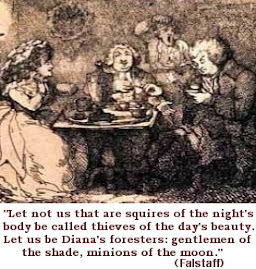 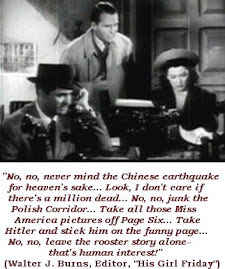 "I have a total irreverence for anything connected with society except that which makes the roads safer, the beer stronger, the food cheaper and the old men and old women warmer in the winter and happier in the summer." (Brendan Behan)

"I hate bullies and I like simple justice."
(Helen Suzman)

"If destruction be our lot, we must ourselves be its author and finisher. As a nation of freemen, we must live through all time, or die by suicide." (Abraham Lincoln, 1838)